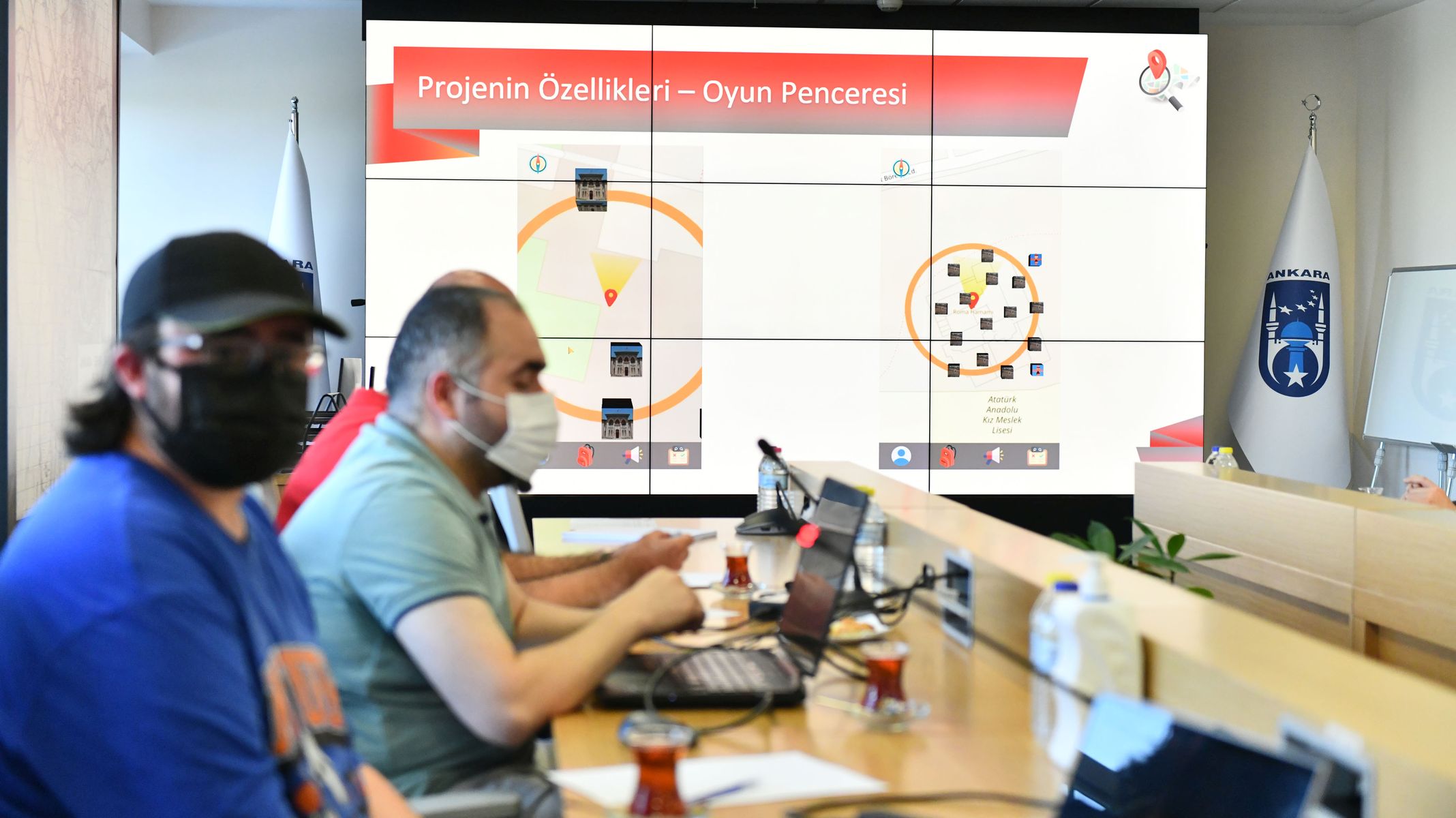 The team, which was selected first in the digital game competition held in cooperation with Ankara Metropolitan Municipality and OSTİM Technical University, presented their games. During the meeting organized by ABB, it was explained that the aim was to introduce Ankara by taking trips to the tourist spots of Ankara.

The “Ankara-Themed Game Design Competition” organized with the cooperation of Ankara Metropolitan Municipality and OSTİM Technical University has ended.

Eyesoft Bilişim, which was selected as the winner in the project, presented the game they created using the software they developed during the meeting chaired by Deputy Secretary General of Ankara Metropolitan Municipality, Mustafa Kemal Çokakoglu.

The “Hackathon”, which is a technological event which has become more and more widespread in recent years and which is organized as a competition to find a solution to a problem, is also implemented by the Ankara Metropolitan Municipality.

Software developers, interface designers and computer programmers came together in a project competition where ABB and OSTİM Technical University aimed to promote Ankara, including taking trips to tourist spots in Ankara. “Eyesoft Bilişim”, which was selected as the winner of the “Hackathon”, where a new project was developed by working in groups of 3-5 people for 1-2 days, presented the game they developed during the meeting organized by ABB.

In Ankara, which is home to 19 universities, it aims to prevent the migration of young people with skilled labor that can produce added value, especially after completing their education processes, to prevent migration to different cities and country.

A SENSE OF BELONGING TO THE CAPITAL WILL DEVELOP

“Our President Mansur Yavaş’s desire to use the latest developments in the IT and technology sector in our service areas and his efforts to disseminate them to all of Ankara, to all students and young people who do not not the opportunity are realized within the framework of such projects. As a metropolitan municipality, we are honored to create business zones that will allow Ankara, which is a university city, to use all its skills in this direction. , and to put them at the service of the sector and the universities. It is clear that above all this project will contribute to the promotion of Ankara. Because it is of great importance to develop a feeling of belonging to the city, in particular among our young people through such programs.

Eyesoft computer software developer Muhammed Can Yalçın said that he prepared this project in order to promote Ankara and said, “After seeing the prevalence of such GPS-based games since 2016, we thought we could create such an application for promote Ankara, different objects to different cultural and historical regions. We wanted people to walk around here collecting items,” he said.

Ankara City Council, Turkish Game Developers Association (TOGED) components are among the implementing institutions of the project, in which trips covering many different points from Anıtkabir to Beypazarı, Nallıhan to Polatlı and Ulus have been developed. and will be offered free to Ankara Metropolitan Municipality for 2 years.