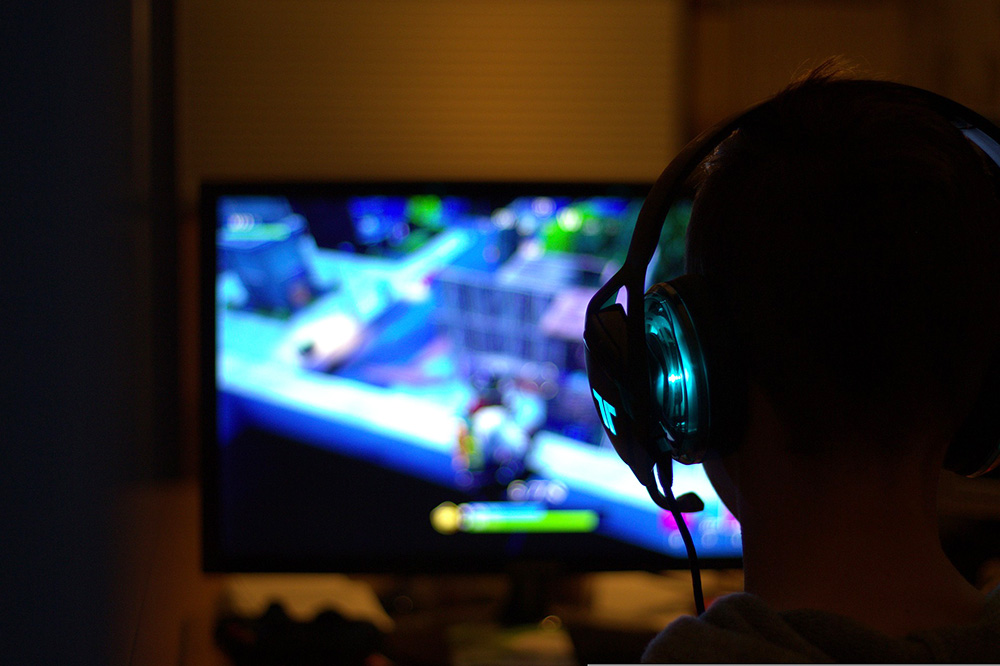 Pizza cutters, a tool for cutting the perfect slice? Or the choice of weapon in an up-and-coming post-apocalyptic video game created by Boston University students?

Playing as a pizza delivery boy, players are thrust into an inverted reality after the character is hit by a truck. Upon awakening, the pizza delivery boy is confronted by an army of robots, forcing him to fight back or accept death.

Defined as a first-person shooter, the game features a narrative that not only compels players to play the game, but also to become engrossed in the character’s experience.

There is a space for everyone in the unofficial”Game Design Club– there is an art team, a music team and a level design team, among others. Fadi Kidess, the club’s vice president, said game development is about more than just coding.

“Anyone can join the club, even if you are a writer, a musician or an artist, because anyone can make a very important contribution to the club and also to the game,” said Kidess, a sophomore at the College. of Engineering. “At the end of the day, we’re all here to learn.”

Kidess said he presented the game’s original storyline and is currently working on further character development and interactive path selection.

“We really focus on the design of the game, so not just how the game plays, but also the feel of the game…and what the player will experience during the game,” Kidess said.

Secretary Rylie Love, a sophomore at the College of Arts and Sciences, said the summer before she came to BU, she decided she wanted to make video games.

“I looked for a club for that, and there was no [one] and I was upset about it,” Love said. “It was good that I ended up finding other people who also wanted to start.”

President CJ Freda said the club was recovering from a summer of inactivity. Freda, a senior from the College of Fine Arts, said keeping the club alive would mean moving away from lofty goals and instead creating a plan of “little tiny hills that people can climb”.

“The people (before) who were in charge of the club… set these huge goals, but they didn’t really give small steps on how to achieve those goals,” Freda said. “What I want to do now is set much smaller, manageable goals.”

Freda said that by the time the club vied for their positions as president, the deadline to become an official club had already passed.

“I wasn’t even aware there was a deadline in the first place,” Freda said. “I was actually getting the club started after the deadline.”

The club plans to sustain itself by keeping the environment interactive and collaborative, Kidess said. This will be achieved by coming up with new ideas and bouncing ideas off of each other.

The club meets every other Saturday at 2 p.m. in the reading room at 10 Buick Street. Freda said he hopes that when he leaves this club at the end of the year, it will be a sanctuary for the development of all game design skills.

“I want to establish a solid foundation after graduation, because it’s my last year,” Freda explained. “If people who are interested in designing games in the future come to BU, they can see this club and say, ‘I can develop my skills here.'”