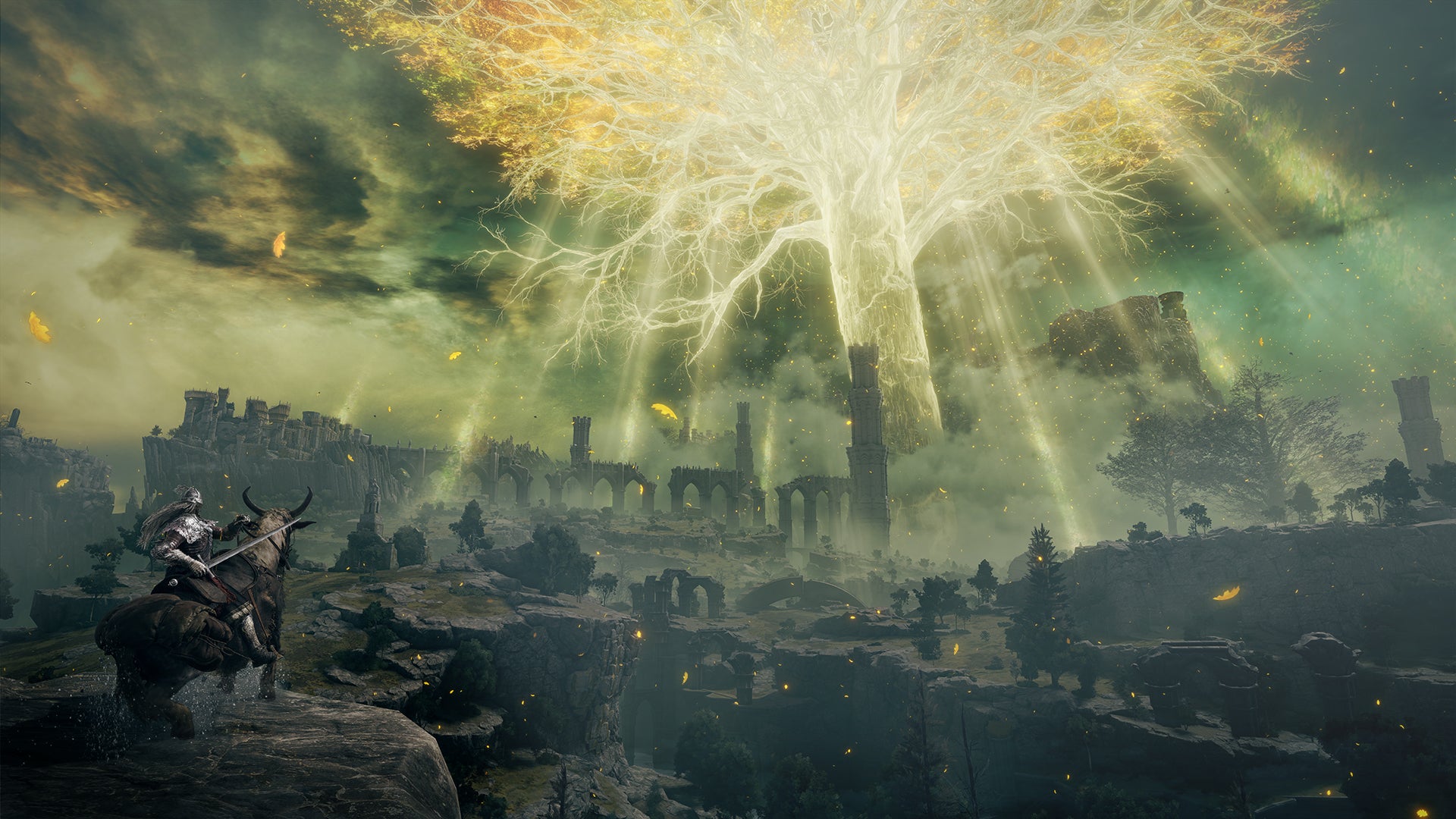 In the wake of From Software’s incredibly well-received Elden Ring, a recurring conversation regarding the game’s difficulty has once again sparked critics and fans alike.

The topics of game difficulty and “easy” modes are incredibly divisive for players, and some of the accessibility issues unfortunately seem to have been swept into this narrative and misunderstood. So, using Elden Ring as a starting point, let’s explore how accessibility is often misunderstood, what it really is, what it means for development, and how to have positive and inclusive conversations in the future.

Series director Hidetaka Miyazaki PlayStation interview kicked off this latest discussion when he said, “We’re not trying to force the difficulty or make things difficult for fun. We want players to use their cunning, study the game, memorize what happens and learn from their mistakes. We don’t want players to feel like the game is unfairly punishing, but rather that there’s a chance to win a tough encounter and progress.

“We understand that Souls-like games are regularly associated with impossible difficulty levels with high barriers to entry. But we try to design the games to make the cycle of repeated attempts to overcome these challenges enjoyable in itself. ”

Naturally, the immediate response from the fanbase was of course an impassioned defense of the series’ difficulty and game design, arguing that players must persevere through bosses and that the beauty of Elden Ring lies in freedom and ability. to go where you want in a vast open world, as From Software intended. Indeed, it’s a game that won’t hold your hand – in that you have to learn the intricacies of bosses and their attack patterns – and then master to progress; in other words, “git gud”.

But that’s not really the issue here.

Reducing accessibility requirements to an oversimplified “easy mode” is a fundamental misunderstanding of what accessibility is and what gamers with certain disabilities actually need. Nobody asks for an easy mode.

What is considered an accessibility feature?

In their simplest form, accessibility features are any features or options in a game that allow a player to customize the gaming experience to suit their unique needs.

Quite often the first things that come to mind when we think of these kinds of features are colorblind modes or remapping commands, but many common options are also accessibility features – the ability to customize levels audio or music, for example.

Although these features are not perceived as “accessibility” features, they are beneficial for players with sensory issues. Many gamers will use these features no matter who they are for. the most common being subtitles. I always play around with the subtitles myself, because sometimes it can be easy to miss key details when a big set explosion is happening in the background. And I’m always one to crank the brightness to the max while playing something scary from a distance (yes, judge me all you want).

In fact, in a Twitter feedUbisoft’s David Tisserand reported that 95% of Assassin’s Creed Odyssey players did not turn off subtitles when it was the default.

You never know when you’ll have to rely on these features yourself. Maybe you break a bone and want to keep playing your favorite game, or maybe you usually play with glasses or prefer to listen to other music rather than game sound effects.

Going back to Elden Ring, a few points raised by some members of the disability community have little or nothing to do with difficulty and are more about the physical ability to play the game. For example, a player can remap their keys, but it cannot be remapped to allow one-handed play. There are mobility issues using dash and sprint on the same input keys and also dual button input, which again requires two hands. For visually impaired gamers, it’s undoubtedly disappointing that, while subtitles are available, they aren’t resizable and there are currently no colorblind options.

The problem with high difficulty is not related to player abandonment, but rather to physical mobility. More thought needs to be given to upgrading the game design for players with disabilities to allow them to react quickly enough to compete. After all, how can a disabled player grind and ‘git gud’ when physically unable to do so that no amount of practice will improve?

To Elden Ring’s credit, there are certainly game design choices that have been made to help players, such as the use of magic classes that allow players a bit more opportunity to keep their distance from enemies. and invoke further help. And while overall this is the most accessible game in the Souls series, there’s clearly still plenty to offer, especially since this is a AAA title.

Changes in the last two years

There have been some great games and options that have emerged in recent years, from AAA to indie, doing more than just technical advancements and more recently thoughtful and thoughtful features.

2021 has been a particularly great year for technical accessibility achievements, building on the incredibly comprehensive release of The Last of Us: Part 2 in 2020, which raised the bar with what was possible to include in a AAA game. Giving gamers ways to personalize their experiences in new ways, it featured over 60 accessibility settings, with expanded options focusing on fine motor and hearing, plus all-new features that benefit gamers with visual impairments. and blind.

We also need to draw attention to Playground Games’ deep accessibility integration with Forza Horizon 5, which included US and UK sign language support for cutscenes, offline game modes to slow down , high visual contrast mode and many other options. Their work with members of the Gamers and Disability community to identify issues has really paid off.

There’s also Charles McGregor’s fantastic indie title, HyperDot, which launched in 2019. He started an experimental research project called #HyperDotA11y, which partnered with content creators with disabilities to stream the game and discuss their experiences. , then used their feedback to identify updates. The game has lots of flexible options to play the game.

Accessibility requirements must be considered in pre-production

The earlier you start thinking about accessibility, the easier it is to integrate options seamlessly into game design. Thinking about these features early allows time to define them, because depending on the size and scale of the game (and team), there may not be time or budget to add many accessibility features – but even a smaller package is better. nothing.

Quite often the best way to include accessible options in a game is to clearly analyze the core mechanics and consider how it might create a barrier for a player. It’s about demonstrating a fundamental understanding of your game and thinking critically about the user experience and audience. It goes deeper than just enabling and disabling, although that can be a good starting point.

I strongly encourage readers to read Game Accessibility Guidelines and to really connect with players who have a disability. There are 14 million people with disabilities in the UK alone and very often their needs are overlooked. Couple this with 66% of players with a disability or condition saying they are facing obstacles or problems with gambling, and you can gauge the effort required.

As awareness increases, it looks like we are headed in a positive direction for the future of accessible gaming. The talk around Elden Ring provided a good opportunity to clarify why it’s so important and hopefully how there’s a lot more to the talk than just difficulty modes.

Previous articles on the GamesIndustry.biz Academy

Sarah Doyle is a creative producer at Kids Industries with extensive experience in design and UX, and an advocate for inclusive and accessible practices for children’s products