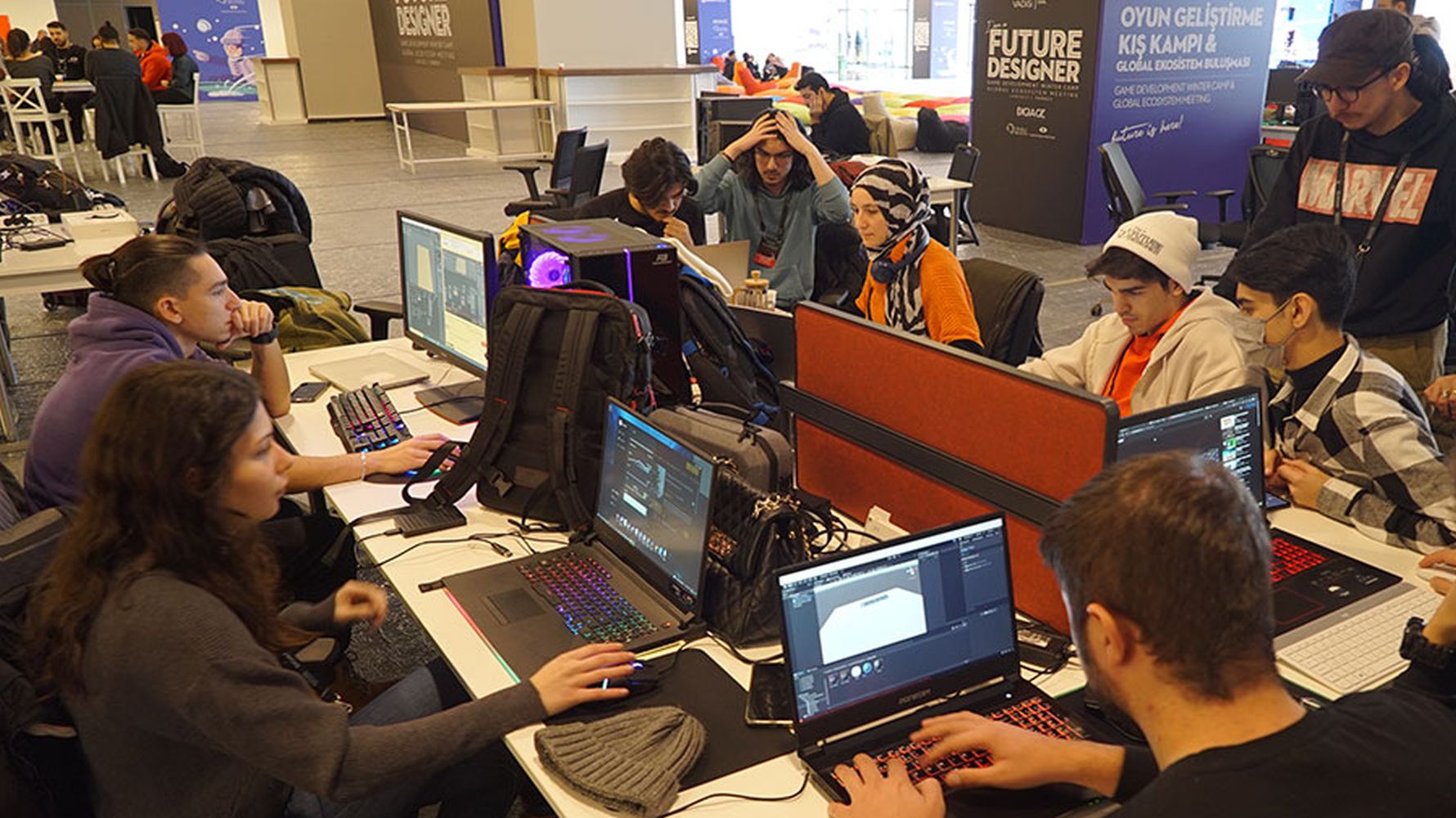 There is great interest in the camps organized by Bilişim Vadisi DIGIAGE, Digital Animation and Game Center for all entrepreneurs who want to develop games. A total of 23 entrepreneurs from 22 teams from 32 provinces participated in the OG’20 DIGIAGE winter camp, which started on January 165. A selection was made from approximately 200 applications for the camp, which had more than 1,500 physical participations, as well as the organization and the teams of mentors.

In this camp, where there are more than 900 online entries as well as physical entries, we will collectively contribute to Turkey’s game development ecosystem on the national and global stage. kazanç will be provided. The camp, which continues intensively in the IT Valley, will end on January 29 with the presentation of the digital games produced on the day to investors and supporters.

Bringing all the pieces of the puzzle together within the game development ecosystem together, Informatics Valley brings game developers, software developers, and designers together under one roof with the DIGIAGE Game Camp it runs. Game developers, who are fortunate to receive support from academics and important industry representatives attending the camp from abroad with the help of digital platforms, can also present the games they have started. to be developed as a team, without any theme restrictions.

Emre Yıldız, Director of Informatics Valley DIGIAGE, said that they focus on human resources, investment processes, commercialization and marketing at the camp and said, “Our center helps create a roadmap for the future of the industry with such events that it organizes. It provides the foundation for maximizing public-private support for education, team building, investment, and game marketing for the ecosystem. noted.

Emphasizing that they attach great importance to easily accessible education in this field, Yıldız said, “Game startup accounting, game startup law, game startup incentives and access to finance are our main objectives. Apart from these, we aim to eliminate the problem of access to technology with offices and IT labs with the incubation center we have established in IT valley. ” he said.

EVERYONE HAS AN OPPORTUNITY

Noting that the Bilişim Vadisi Venture Capital Investment Fund will also invest in game entrepreneurs, Yıldız said, “We appeal to all game developers in Turkey. We also called out to all game and mobile app companies that have developed their games, have revenue, and have the potential to go global. This is the IT valley of Turkey, there is an opportunity and opportunity for everyone. noted.

Informatics Valley, Turkey’s legitimate positioning in the growing digital game field in the world, find a state-willing interlocutor for young people who develop in this field, determine the development processes suitable for the needs industry, gambling an economy that reaches hundreds of billions of dollars and grows day by day, that’s what Turkey deserves. She has been organizing game development camps since 2019 in order to get her share. Many firsts have been achieved for Turkey in the camps organized with the organization of the Turkish digital games platform DiTOP in the Future with Games. In the camps bringing together the film, animation and game sectors, thousands of young academics have made their career choice in favor of digital content production and started producing for the creative culture industries.

The process, which started with the game development camps, led to the emergence of the DIGIAGE brand under the aegis of Bilişim Vadisi with the support of the Ministry of Industry and Technology. Thanks to the camps, hundreds of young people have found jobs in the sector, while new game studios and the ecosystem have created new players. kazanwas. More than 5,000 young people have taken part in the 10 camps organized so far. Thanks to the camps, more than 50 studios have been created.