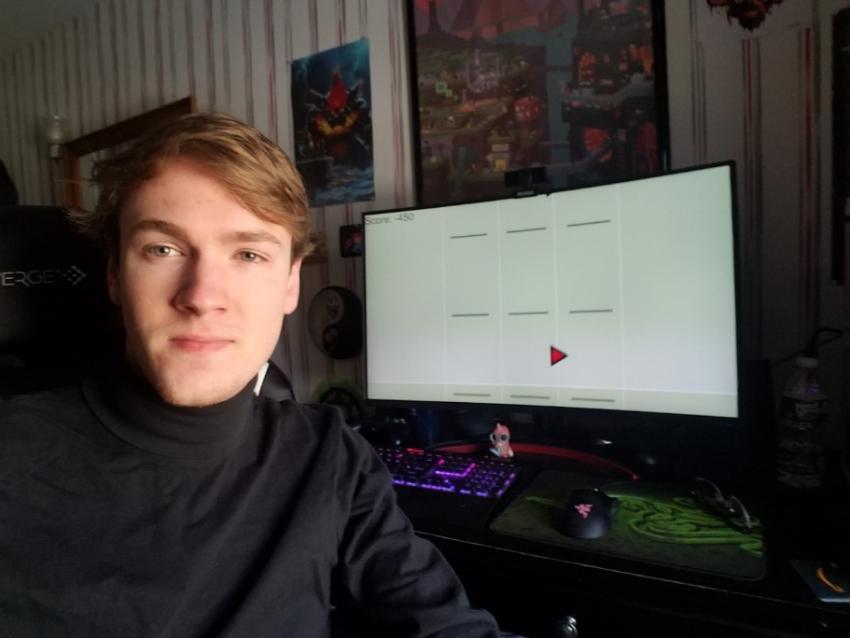 Matt Mrazik is the developer of the video game Feel the Rhythm, which highlights a new approach to accessibility in game development.

Video games have grown from an entertainment novelty to one of the largest media industries in the world. During the social distancing phase of the pandemic, gambling has become an important aspect of art, entertainment, and mental stimulation in people’s lives.


“I’ve always been interested in math and computer science so it was only natural for me to take an interest in game development as a career option. “

More recently, accessibility options have taken a prominent place in the gaming industry. But, for blind gamers or gamers with severe visual impairments, the benefits that video games can provide are far beyond reach. “Although audio games are available to them, they are far from common,” says Matt.

As part of a research project led by Firas Khatib, associate professor of computer and information science at the College of Engineering, Matt has developed a new game called Feel the Rhythm, which opens up perspectives for the state. future of accessibility in the gaming industry.

Screenshot of Feel the Rhythm game being played. (Photo courtesy of M. Mzazik)

“Feel the Rhythm introduces a new game development process focused on accessibility and presents this new game in the rhythm genre developed using this process to implement features accessible to the blind,” he said. . “It can also serve as a model for how a higher budget game might implement similar accessibility options if developed using a similar method.”

Since the game’s development, Matt has shared it with the visually impaired gaming community online. “It’s a prototype and it still needs work if I want to release it. But the visually impaired who tested it gave me very encouraging feedback. Matt currently works at WB Games Boston as a Games Systems Engineer. He is also completing his master’s degree in computer science at UMassD.